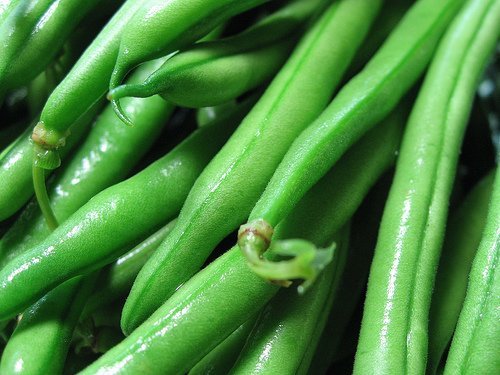 There are green beans in two main groups, namely tree beans and pole beans
Bush beans are short plants grow almost two feet long, without the need to support. Mature shrubs that generally produces all the fruit in a relatively short period of time and then stop production. Farmers can cultivate more than one crop of bush beans per season.
Polar beans contain usually produces climbing vine twisted. Seeking beans usually possess similar but different types of beans.
Varieties of the types of green beans short beans is considered one of the most vegetables grown in home gardens. It gives productive and Vera after about 55 days of planting compared to the space they occupy. And require climbing types green beans for a longer period until production begins.
Plant grows best in a sunny well drained soil, which have been fertilized in the previous fall decaying organic matter. The beans are grown in open fields in late spring in temperate regions; and after the danger of frost is over. The seeds are planted so far from each other a distance of seven centimeters to dig shallow away from each other by about 45 cm. For regular production of beans, seeds are planted at intervals a few weeks during the summer. And require climbing species vertical pillars, and the short-beans need to be pillars of the flexible branches for Plant Conservation of refraction and falling under the weight of centuries. And commercial fields are cultivated beans short harvest, as well as a few beans fiber-mediated mechanism in some areas harvesters. Beans need to be in good fertile soil free of harmful salts and in the new lands would prefer not to be grown in the presence of a high proportion of calcium and distance from the ground with a growing percentage of the girl child Vtaathjr its skin when drought while retaining moisture in the lower class. Preferably follow the trio role to prevent the spread of soil diseases.